Founder & CEO of The Menkiti Group and Keller Williams Capital Properties included with 30 other regional finalists from an array of different industries and business sectors.

EY has announced that Bo Menkiti, Founder, and CEO of The Menkiti Group and Keller Williams Capital Properties, is a finalist for the Entrepreneur Of The Year® Award in the Mid-Atlantic region. The awards program recognizes entrepreneurs who are excelling in areas such as innovation, financial performance and personal commitment to their businesses and communities. Menkiti was selected by a panel of independent judges; award winners will be announced at a gala event on June 15, 2017, at the Ritz-Carlton, Tysons Corner, VA. 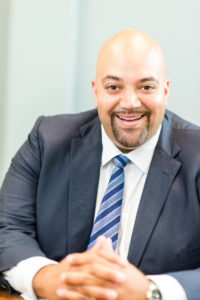 “I’m honored to have been named a finalist for the EY Entrepreneur Of The Year Award, and to be included with such an amazing group of business leaders and innovators,” said Bo Menkiti. “This recognition is an affirmation that entrepreneurs can operate a mission-oriented double-bottom-line company like ours and be successful at scale.”

Founded in 2004, The Menkiti Group is an integrated real estate services firm dedicated to transforming lives, careers, and communities through real estate. The company has established a reputation for its creative and productive deployment of capital and the cultivation of relationships across economic and cultural divides that have historically hindered the development of urban neighborhoods.

To date, The Menkiti Group has invested over $160 million into DC’s emerging neighborhoods, with 1.5 M square feet of property currently in its development pipeline, and has helped more than 2,000 families purchase and sell homes. The Menkiti Group also owns and operates Keller Williams Capital Properties, one of the fastest growing franchises of Keller Williams Realty, with seven offices, nearly 1,000 agents, and more than $2 billion in transactions in 2016. Together, through their joint foundation, The Menkiti Group and Keller Williams Capital Properties have donated over $500,000 to organizations in the DC, Maryland, and Virginia communities where they do business.